Irrigation is the future of our Nation.

A major percentage of the Indian economy is dependent on agriculture. Millions of farmers from diverse climatic regions rely on monsoons for their daily sustenance. During times of inadequate rainfall and dry spells people are adversely affected by conditions of drought and famine. On the other hand, there are regions that are frequently affected by floods. In such a situation, irrigation projects play an important role in diverting the excess waters to the dry lands hence bringing balanced regional development. Strategic Services has joined hands with government bodies to streamline better irrigation facilities in the state of Karnataka.

It’s also a stark reality that less than half of the farm lands in India have access to irrigation facilities. To counter this problem, the Indian government has recently decided to put many irrigation projects on fast track. The government also wants to ensure that the projects under operation are used to their fullest capacities.

This lift irrigation scheme is proposed to irrigate a total of 7200Ha of area coming under 10 villages – 4 villages of Mudhol and 6 villages of Jamakhandi taluk.

Venkateshwara lift irrigation scheme is proposed on upstream of existing Almatti Dam constructed across Krishna River. Considering the genuine request made by farmers and legislators of committee has allocated 0.75 TMC water required for the Venkateshwara Lift Irrigation Scheme under revised Master Plan of Krishna Basin, required to create 7200 Ha ICA to mitigate the sufferings of drought prone areas of Jamkhandi Taluka (6 villages) and Mudhol taluka (4 villages) to utilize water for irrigation during Khariff season only.

The command area under this LIS is proposed to bring under Irrigation by one Delivery chamber by flow irrigation system with a total discharge of 2.684 Cumecs to irrigate an area of 7200.00 Ha.

Main Canal is off taking from Delivery Chamber and is designed for a required discharge of 2.684 cumecs. The Main canal can runs in full cutting From Ch: 0.00km to 5.05km .The length of the Main canal is 5.05km with 21Apex points and it consists 3 no’s of distributaries and two canals. CBL at offtaking point is kept at EL.604.40m. 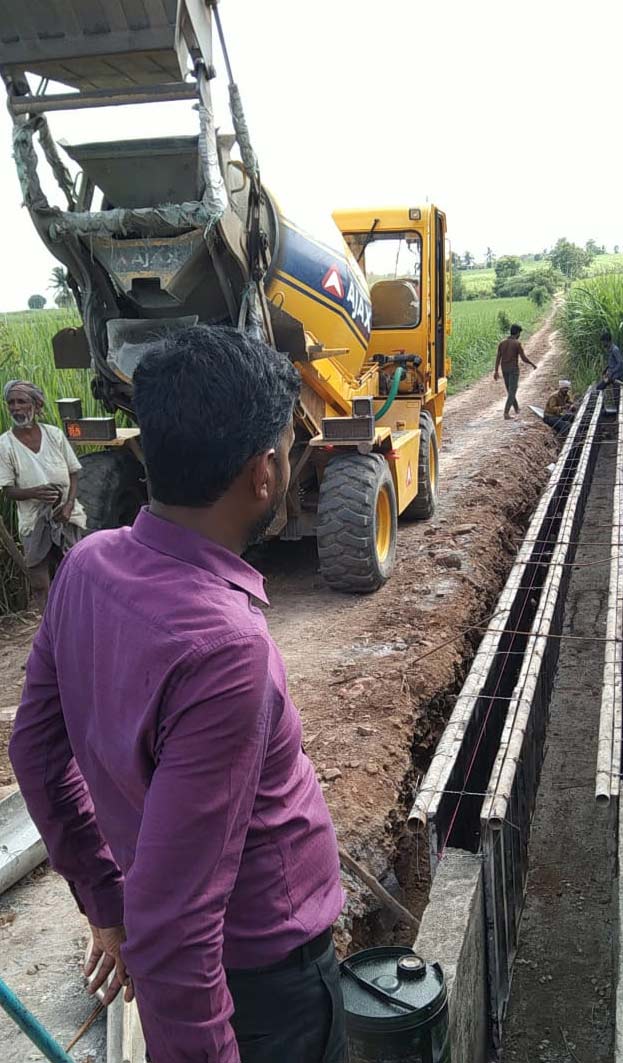 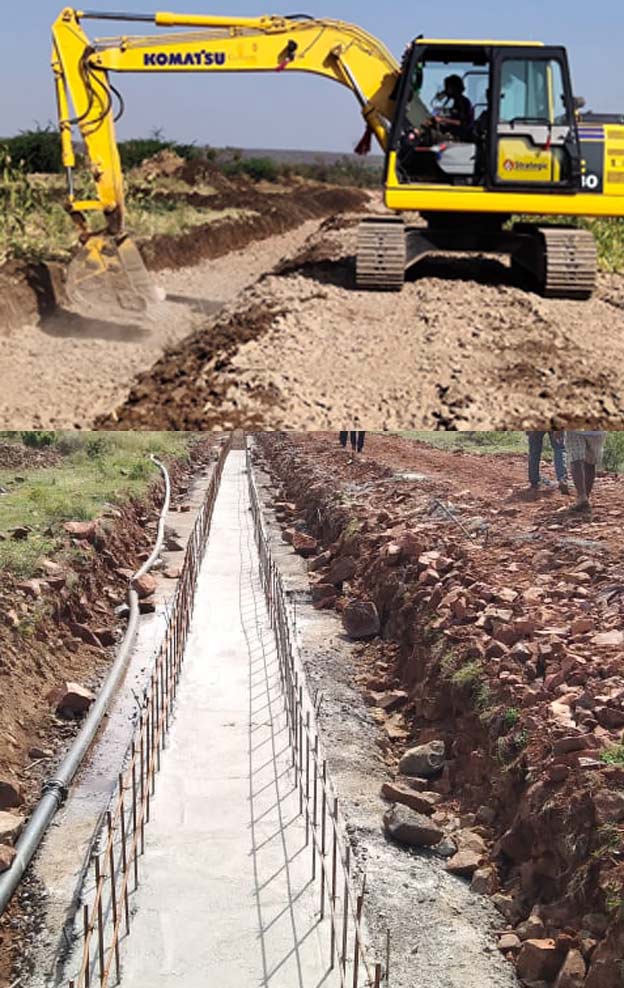